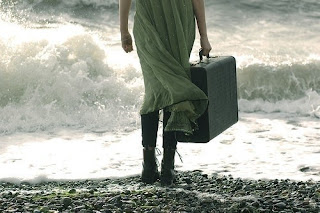 Last week, I had to walk away from one that could probably be characterized as 80% business and 20% personal.  (I tend to be real personable with those I do business with, thus the characterization.)

There's no thrill for me in dealing with stuff like this, in fact I loathe going through it.  Arriving at this decision wasn't a hasty thing and involved introspection and wise counsel.

If you have to be somebody different in a personal or business setting than the person God has made you to be in order for the relationship to survive, it's time to end it.  Nothing that causes you to forfeit your God given identity is right for you.    This is something that, in my opinion is a deal breaker and worth fighting for.  As E.E. Cummings once said, "To be nobody but yourself in a world which is doing its best, night and day, to make you everybody else means to fight the hardest battle which any human being can fight; and never stop fighting."

Now that I've made the decision the only question I'm asking myself is why I didn't make it sooner.  It's a question I already know the answer to ~ saying goodbye has never been my strong suit.  And so in my typical style I put it off and put it off and put it off and finally asked  my husband as well as two friends I am accountable to if I was making the right decision.  Although they are close to me, these three individuals really do have the ability to consider situations without bias and tell me if I'm on track or in need of an attitude adjustment.

After putting the matter to rest, I went to Orlando to speak on the Hope Tour.  My topic was, "Opposites Attract".  They wanted me to talk about how to stay successfully married to someone who is your opposite.   One of the ways to stay happily married (especially when it's someone who is your opposite)  is to maintain mutual respect and not  expect them to make a choice between you and their God given identity.  The fact that I'm married to Larry Shrodes doesn't mean I lose myself.  You've heard of women getting married and "letting themselves go".  Well, I think the worst way to let yourself go is to lose all sense of who God made you to be.   Marriage doesn't equal identity theft.  Anyone trying to  define someone else and cram them into a  mold is going to be very frustrated because people don't like to be crammed into a mold and they don't like to be defined by others.  So back to the issue of walking away.....................

Hardy Jackson once said, "Above all, be true to yourself, and if you cannot put your heart in it, take yourself out of it."  Anytime we walk away from something or someone we are moving toward something else.  So it's time for something new.  Two things are for sure:   I have absolutely no hard feelings, and a heck of a lot more peace than I did last week.

So after I had made the decision and notified the other person of such, I was driving down the road with Larry and I said, "Don't try to solve this for me...just hug me and tell me you feel sorry for me."

I was about to get a little miffed when he quickly followed up with "I feel sorry for them...  I feel so sorry for them that they've lost one of the best things ever to happen to them and they will no longer have the blessing of you."

Write that down!!!  Saying stuff like that is a great example of the way to stay happily married to your opposite for a lifetime.  :)

Ruth, PA said…
Thanks for sharing your words of wisdom!
7:19 AM

Unknown said…
Throughout my journey of personal growth, a wise person shared with me that "every change comes with a loss." Grieving the loss is important while at the same time celebrating growth. It's also been said that surrounding yourself with people who support you and pull you forward is extremely important. Big congratulations to you for stepping out of your comfort zone in service of your growth and in service of peace in your spirit. And, Larry is SO on target. Love the support he provided for you.
12:36 PM