The Max and Maddie Chronicles

February 11, 2010
What was life like before we had Max?  He fits in so well I can hardly remember not having him! 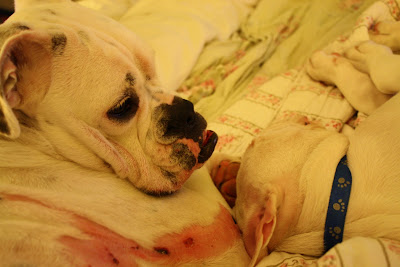 Both of them lay down next to us in bed, and they snuggle up a lot.  Here, Maxie (as I often call him) is falling asleep first as usual while Maddie watches over him and a little while later falls to sleep.  You will notice that Maddie still has this one large scar from her accident.  I don't think this one is going to go away.  That's okay.  She's still our beautiful Madeline no matter what.  Scars just show where God has brought us from, that's all.   By the way, I was the first one to refer to Max as "Maxie" -- which is my special name for him and the rest of the family HATED it -- I mean truly abhored it, and corrected me profusely.  But they all now also refer to him as Maxie.  Go figure! 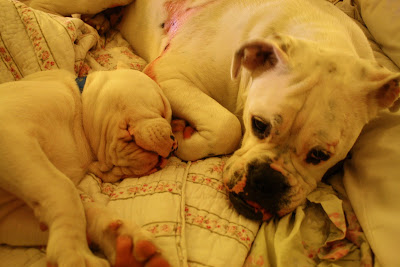 Max is more of a cuddler than Maddie and doesn't like to be alone at all.  He cries if left alone and my heart just can't take it.  I admit, I totally cave in and let him sleep with us all night or share my pancakes with him, or stay with him rather than go out somewhere if he starts crying.  (I know, I know...)  By the way, it has been unusually cold in Florida the past few weeks and having Max next to me has kept me warm. 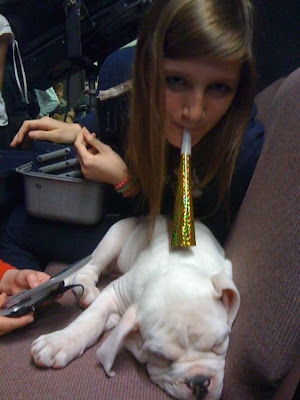 Max went to the church party with us.  He goes to most places with us right now until he's trained.   We keep him with us anytime we possibly can so we can take him out often to potty and train him.  Here he takes a snooze amidst the party crowd. 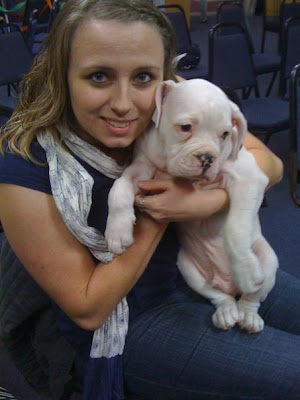 Max with Bethany Dearborn ~ everyone just loves our little Maxie. 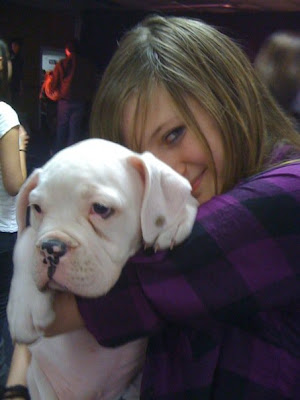 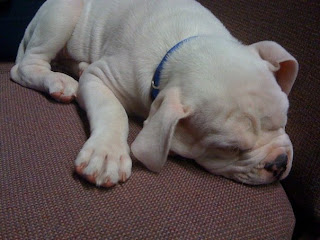 Max, a true Shrodes -- he loves to sleep!  And he sleeps in.  On mornings where I actually get to sleep in, he sleeps as long as I do and waits til I get up to get up.  He takes a lot of naps during the day and can be found a lot of times sleeping on a folded up comforter in our office while we work. 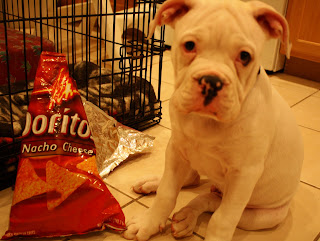 The other night while I was on a job coaching call, Maxie got ahold of a whole bag of Doritos the kids had left out.  When I got off the phone and found him his head was orange and his breath smelled like nacho cheese.  He also has been tearing into my plants and getting dirt on the floor and  hiding my shoes.  But I'm still crazy about him.

Michael Gibson said…
Glad you have Max. As hard as it is to believe, boy dogs are generally more laid back and cuddly than girl dogs.
10:58 AM