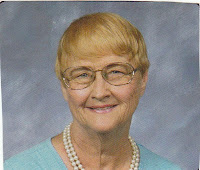 This is my friend Dottie.

We met at a retreat this past year when we were in the same discussion group.

Dottie and I are thirty years apart in age.   But we hit it off immediately!

Don't you love it when God does that?

Today I am going with Dottie to what is one our favorite yearly events.  Neither of us have ever missed one of these when it comes to town, but we have never gone together.   She and I both LOVE the Gaither Homecoming.  We discovered it almost immediately when in our discussion group she mentioned some singing groups she was relatively sure I knew nothing about.  To her shock, they were some of my favorites too.  We have also discussed going to a Jimmy Buffet concert.  (Yes, I'm serious.  We are both Gaither fans but we also share a wide variety of other genres we enjoy.)

Differences are rare, such as our age and the fact that Dottie will be sitting on this excursion and I'll be pushing her in a wheelchair.  Our commonalities are too many to name, but to list a few --

Today we are are going to experience a TON of fun (we both love fun!)...

We're going to laugh til it hurts (she is one of the FUNNIEST people I know!  Some people tell me I'm the funniest person they know - go figure!)

We're going to eat something yummy on our adventure (yeah, she has the same appreciation for good food that I do.)

We're going to SHOP at the Gaither tables and have a hard time deciding how to narrow our purchases down as I push her at warp speed, traveling from table to table to check out the merchandise and meet the artists who come out to greet fans.  Who knows, we might actually meet Guy Penrod or Gordon Mote!

We're going to be in HEAVEN when David Phelps comes out and sings!!!

We're going to both probably cry on the last song, and maybe a number of other ones before that.

We're going to talk about all the stuff women talk about when they get together.

I love the fact that God has created friendship to transcend the boundaries many try to put up of generation, disabilities or anything that tries to stand in it's way. 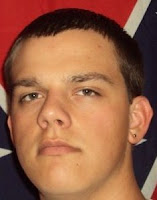 Meet Austin.  He's my new friend at Celebration Church.   He's been coming to church for two weeks and he just accepted Jesus a week ago.  Tom and Cathy brought him to Celebration.  Austin and I are 26 years apart in age.  The first day I met Austin he mentioned that he loves the Gaither Homecoming.  He knows about them because it's what his Grandma listens to and by virtue of living with her, and hearing them all the time, he has grown to love them too.  By the way, many people have asked me how I became a Gaither fan.   Well, I was raised around this music as well, just like Austin.   I learned how to play the piano listening to Happy Goodman Family records.  I wanted to BE Vestal Goodman when I was little.  But that's another story for another day.  A few weeks ago Austin he said to me, "Hey, did you hear that Guy Penrod's new solo album just came out?  Did you get your Gaither magazine in the mail today?"  I said, "Young man, you have just officially become  my new best friend..."  I now have at least two people in Tampa that I can talk Gaither-speak with, transcending three generations!

Anonymous said…
I enjoyed looking over you blog
God bless you
8:44 PM