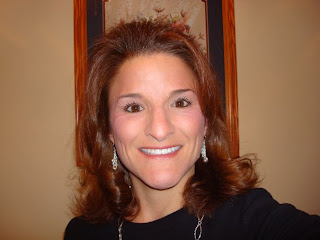 I was going to take Shari's photo last night when she was unpacking her suitcase but I thought she might hit me.  No, she wouldn't really.  But I'm sure it would have irritated really her, being that I had already just cajoled her into sitting at the piano to sing two Rita Springer songs and a Chris Tomlin song before going to bed last night at 12:40 am.  All this after she was going through airports and traveling half the day to get to Tampa and had jet lag.  Yeah, a great sister I am.  "You're exhausted??  LET'S GO SING!!!"  LOL

I refrained from taking any photos last night and decided I'd steal this pic from her facebook.


I worked most of the day yesterday trying to blast through as many work projects as possible before she got here and trying to ignore the fact that half of the Christmas stuff is STILL up at my house.  I have only had time to take two trees down so far. There's so much left to do, but it's probably just as well.  When she walked in the house she shrieked, "Oh Christmas!   Yes!!   It's still decorated for Christmas!  Yay!!!"  (I didn't have the heart to say, "Hey, hold off on your excitement.  YOU are going to help me take all this down this week."  Ha ha!)


Larry and I picked her up from the airport and all of us were starving so we went to get some dinner and then to the grocery store so I could pick up the ingredients to make the broccoli-chicken casserole she likes.     After trekking through the grocery store it was back to the house where I said, "hey, let's work on your new resume."    She says, "Deanna, my brain is fuzzy right now, I've just been traveling all day..." to which I replied, "No problem, let's go sing!!!" 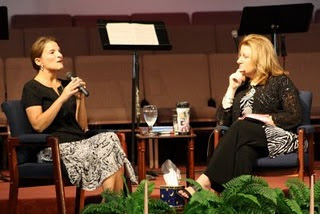 Today's another day.  She's going to sleep in and she needs to.  It's just as well...I  need to work anyway.  Like I said yesterday, she is just along for the ride with me this week while I work and will probably help me with some projects as well.    It's good to have her here.  By the way, we have some surprises cooked up for this week that we're going to do together.  Hint:  here's a photo from an interview that Shari and I did together the last time she visited.  What might take place this weekend?  You never know...

Ruth, PA said…
Enjoy this special time with your sister!
8:06 AM

Michael Gibson said…
Have a blast together this week!
11:15 AM