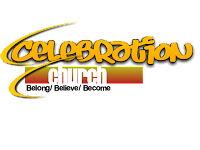 One of my favorite worship songs is You’ll Come by Hillsong. “Chains be broken, lives be healed. Eyes be open, Christ is revealed…” Actually I never noticed this song until Dustin’s girlfriend Becca led it in worship one day and then I went, “oh man…I love this song” and was hooked ever since. My favorite version (aside from Bec’s) is the one on the I Heart Revolution album, the part I enjoy most being the intro when those words above are sung over and over.   I listen to this song a lot as I prepare to preach or just when I'm in my quiet time with the Lord.
We’ve been working extremely long days and nights in preparation for the grand opening of Celebration Church on Sunday. This is the start of something amazing. The main work we have been doing for months is on our facilities. It’s an exhaustive list of what has been done and it hasn’t all been “bandaid work” like just painting a room here or there but in some cases we’ve done major surgery. We’ve knocked down walls, pulled carpet up, installed new carpet…you get the picture. A tremendous amount of cosmetic work has been done but it’s gone much deeper than that. Today we’ve got new doors being installed, new tile is going in, among a plethora of other things that are being done.  Pastor T  has been having a blast in a backhoe we rented the past 2 days digging up stuff, plowing it out of the way, moving stuff or getting rid of it.  In addition to jumping in and helping with all of these facilities projects I have been writing all of our new marketing materials, doing everything concerning guest relations, yada yada yada.  We're doing so much and there's so much yet to come!!!

The reality is that although the church now bears a tremendously different look in some areas, the main reason we have done all of this has not simply been to upgrade facilities so we can say, “wow, this looks much better” but so that we can see more people changed by God – to see “chains broken, lives healed, eyes opened, and Christ revealed.”

Wednesday night we had an amazing time in Fusion and it was very prophetic as God was moving through people as we prayed. Right then and there in the midst of it all He downloaded some things to me in the prophetic and I spoke it to the church and one of those things was that Christ is going to be revealed through the ministry of Celebration in such a way that people sense it before anything is said, preached, sung, or communicated in any way in the natural. Also that God has “moved some things around for us” and restructured without us being aware of it but that it was for our good and not our harm, to give us a hope and a future.

Wednesday night we worshipped in the sanctuary which as I said ended up being very prophetic and my message was entitled, "WE SHOUT TO EVERY WALL, COME DOWN!!!”   Right after I was done bringing the message we went to the parking lot and we acted on the word that was spoken and declared that we would possess the land, that every wall that has not been knocked down so far would be knocked down, every obstacle removed so we can possess what is ours.   I'm telling you, people were fired up, some of them out there marching around the parking lot like it was Jericho.  This is our season of promotion!

I'm so excited I could scream, but I won’t. I need my voice to lead worship on Sunday and trust me, we are going to blow the roof off of that place, we are so psyched not to mention we have been praying, fasting, believing and we are full of the Holy Ghost.

Larry and I are so grateful for the core of  loyal and faithful people of Celebration Church who have stood by us with their unwavering love and support as we have planted this church.   And I will say this – going through some things as we have gone through to get to this point shows you who is really with you!

I know at least a large portion of my blog readership is not from Tampa nor at Celebration Church but I just want to thank all of you who have prayed for us and are supporting us from afar. Through the power of God and your prayers we’re going to have a GRAND opening on Sunday!

Ruth, PA said…
I can't wait to see and hear of all God is doing at Celebration! I have you and Larry in serious prayer! And satan is bound in Jesus Name!!! Sure hope you post pics later on next week! Only God's best and blessings for all you work!
Ruth
8:09 AM

Tina Blount said…
I love the name! I love what it stands for and I love you. You're a trailblazer for Jesus!!
11:17 AM

Sharon said…
Dearest Lord Jesus, Continue to pour out Your favor and blessing on Celebration Church and on my sister, Deanna, and her family. I look forward with anticipation at what You are going to do. You Rock, Lord Jesus! Yes Lord!
11:18 AM

Melissa said…
I am as excited about what is going to take place this year at Celebration as you are and I am not even part of your church! Please post pictures of all the changes! I CAN'T wait to come see it for myself :)
1:01 PM

Karen Rath said…
I just popped in to see what you were up to these days and I see this exciting news about Celebration Church. You'll definitely be in my prayers!
4:54 PM

Dr. Deanna DossShrodes said…
Thank you everyone, you are so loved and your prayers are like gold to us right now! xoxo
1:30 AM