Christmas day at our house 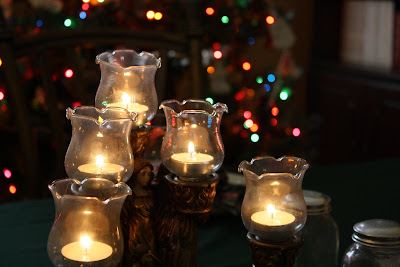 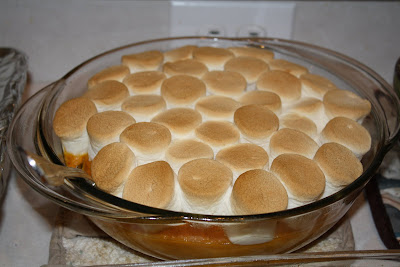 Perfectly browned -- recipe for Sweet Potato Casserole that I shared on the blog this past week. 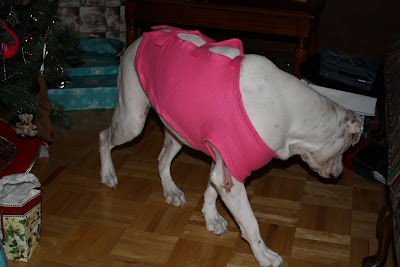 Maddie got a snuggie but it was too tight.  She is a lot larger than what I thought with the chart that was on the box.  Oh well...the best laid plans... 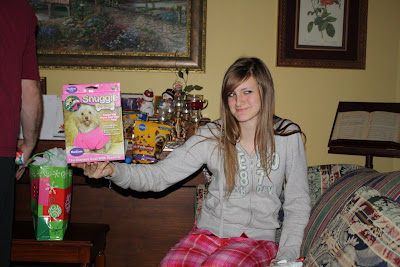 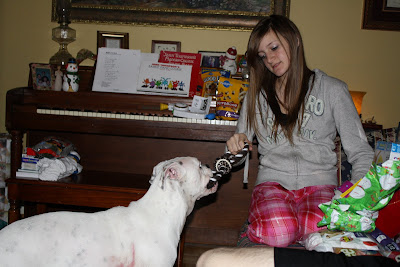 She also got a new chew toy which when she opened it, began to play with it with Savanna immediately.  She was running around so excited and seemed to be well aware that this was a special day. 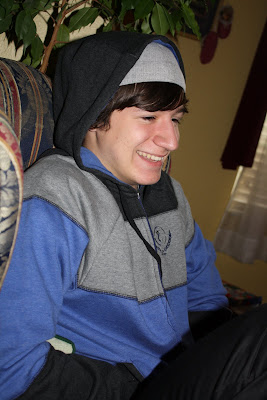 Jordan got a hoodie from Tilly's from his sister, also a Zune from  us among other things.  He was a happy young man this morning. Dustin got a computer.  He was pretty much freaking...very excited. 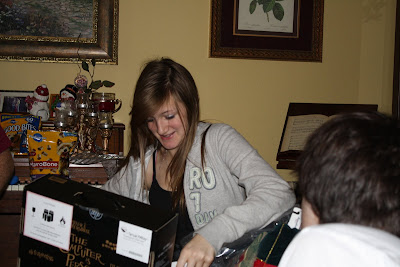 Savanna opens up her gift and is just a little shocked too..."no way!  for real?" she says.  So excited. 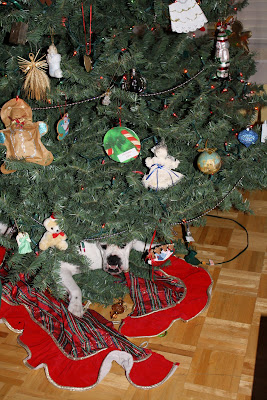 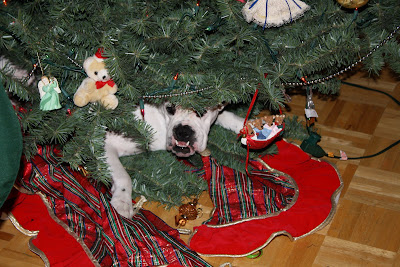 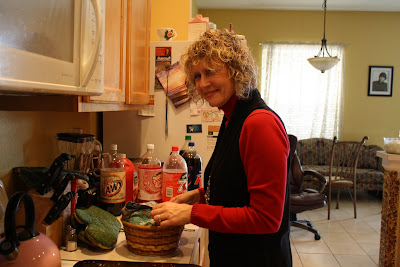 We were joined by our good friends Lisa... 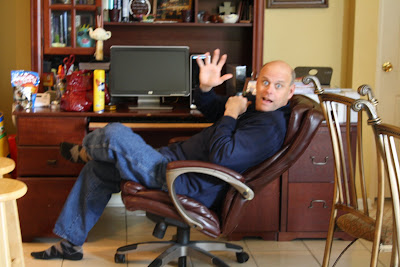 and Bernie and their girls. 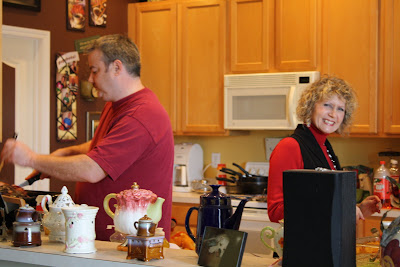 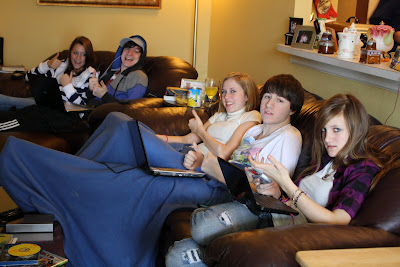 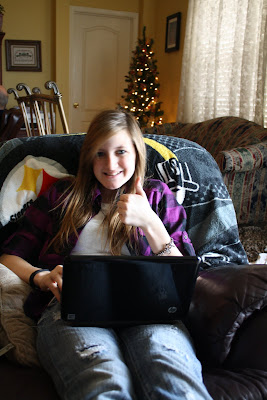 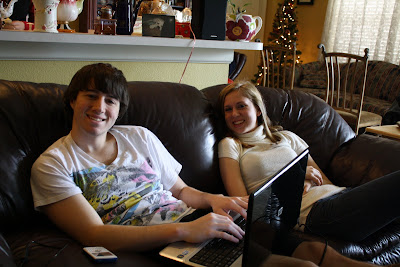 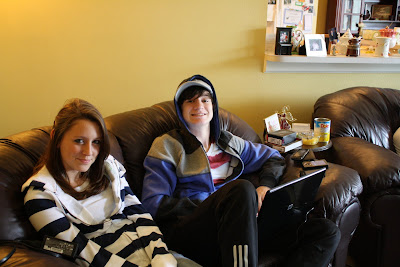 DaNella Auten said…
I have that nativity... but one of my globes got loved a little too tightly... and broke...
11:21 PM

Aaron said…
Love the pics of Maddie! She's soooo cute under the tree :-) The kids look very happy with their gifts too. One perfect Christmas!
1:22 AM