Just Say It Series:
Age does not always make
one worthy to be a mentor


This week a friend mentioned to me that it bothers them that we [people in my age category] make up much of the mentorship in the church -- that we are now the role models/mentors, and there seems to be a lack of elderly people who are utilized in this role.  While I notice more individuals in this role than they do, I also believe that people including my friend are often naive as to who really qualifies [scripturally] as a mentor.  Age is not the primary qualifying factor -- I believe it's a biblical maturity issue as well as a heart/movitation issue. 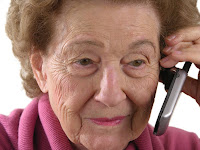 Recently I wrote an article about this very issue for the Assemblies of God Women in Ministry Mobilized.  I thought I'd share it here for those interested.  [This article was geared for women pastors but it applies to anyone.]

During the time Larry and I have served as pastors, two different women  pushed  incessently requested to take over the women's ministry of the church, or various aspects ot it.  In both cases, although the women were much older, I had great fear and trepidation concern over either of them taking the women's ministry oversight.  Although both ladies would be classified as older, having raised their children and now having grandchildren, having apparently successfully navigated these waters, they were not worthy of being entrusted with others to mentor.  The main reason for this was their attitudes.  Both women were very critical and and have caused myself and other pastors and their spouses more pain and anxiety than anyone ever realizes.  They knew how to work the phones, but not to make calls on behalf of the good of the church!  Their phone ministry consisted of lighting up the phones and tearing down my husband and I as well as others.  Both of these women would have had the capability to teach our women how to do many worthy  "tasks" however, their attitudes while doing so would have imparted absolute spiritual poison to our ladies and in some cases, their machinations continue.

Just because someone has navigated the storms of life, or has held down a job for a long period of time, or raised a few kids doesn't qualify them to lead, bottom line.   When you are looking for someone to mentor you, don't just look at their age or whether they have journeyed through a certain amount of life circumstances.  Listen to what is coming out of their mouth.  If it doesn't line up with Philippians 4:8, they're not your man or woman.