"Just Say It" Series:
People will be held accountable for how they treat pastor's children.

- October 20, 2009
I was away this past weekend but I understand from folks at church that my husband preached an amazing message.  He spoke among other things about the way pastor's children are treated and what a difference it makes, for good or for bad.  Our children, particularly our boys, have had to have some real inner healing for things they have experienced in the ministry.    My husband always says to our church, "if you want to show me love and appreciation, the best way you can do it is...love my kids!"

At the first church where we served as lead pastors, our son Jordan was thrown across a room by a nursery worker.   We didn't last very long there.  Larry and I would not stay in a place where our children would be physically abused.    The next church that we pastored had a Christian school and during a part of our time there, the kids attended the school.  Keep in mind, all of the administration and teachers attended the church as well.  There were a few who were not happy with my husband and I over decisions we made.  We simply could not be controlled and they hated it.  When they learned we would lead as God was telling us to and not be afraid of them, they pulled out a horrible weapon against us --harming our children.  They not only spoke harsh words to our kids in front of their friends, but they slammed them with undeserved and unmerited detentions and demerits, demeaning them in public.  Keep in mind aside from that experience our son Dustin never received a detention, a demerit or hardly ever even a reprimand in his life!  Jordan had received such, but no where near this level and Dustin had come home and told us there were many times his brother was not deserving of this but he was singled out and mistreated by those who had such problems with my husband and I.   Caring much more about our children, we pulled them out of the school and put them into public school, where they would be safe from these individuals however we did continue to pastor there.   Immediately after putting them back in public school they started to thrive.  Aside from that they witnessed a lot of other craziness in the church on behalf of a few individuals who continued to speak against their father and I, and also against them.  One man even spanked them without our permission.  I was livid.  After moving to Florida where we now pastor, our children had to go through some times of healing from the past.  Thankfully they have come through very well and we are blessed beyond measure.

A few years ago, I blogged about an essay my son wrote for school.  I'd like to re-print it again here for you, to hear in his own words.  Keep in mind that when you hurt pastor's children it is not only a horrible sin to commit against them, but it is the very worst way you can ever hurt their parents.  And, God will hold you accountable.

My Camp Experience, by Dustin Shrodes 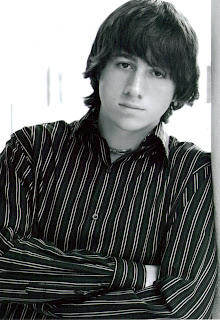 It is sometimes said that when a very bad event occurs in a person’s life something is triggered in their brain, and they block out the memory of what happened. Since I was young I always had the feeling I was being judged harshly for everything that I did, and a large part of this is because I am pastor’s son.

For a majority of my life I blocked out all of those memories of the harsh words I received from people for no reason, and all of the punishments I received alongside those words. The second I allowed myself to unblock all of the memories and think about everything that happened, was one of the most important times in my life. Because of Pen-Florida Assemblies of God Youth Camp I was able to get through the feelings I failed to realize even existed.

Every year I attended a summer camp which was intended to aid me in forgetting everything going on in my life and give me an enjoyable week. But Pen-Florida Assemblies of God Youth Camp in 2006 had the exact opposite effect, and I loved it. Something big happened because of the getaway that camp provided. I forgave all of the people who made assumptions and judgments about me just because of my father’s occupation. In my head I held a grudge against all the people who treated me badly, a grudge that lasted a long time and gave me a very negative viewpoint.

When I gave myself time to think, and time to talk to my friend Stephen about how I felt, things started happening. I suddenly remembered in vivid detail all of the events that brought me down and I cried like a baby. The tears that I thought caused weakness ultimately brought me strength. I had held back thoughts of the past for so long that when I finally released them it gave me a peace beyond measure. I learned how to let go of all my thoughts and feelings in a healthy way. I learned how to get over failed relationships, and through mentors who had walked out on me, and then work through the anger I built towards both of those issues.

Having some of my other friends open up and explain that they were dealing with similar feelings helped me realize that I wasn’t alone. I was led to believe that I had to put on this mask of masculinity; that if I ever showed an emotional side, or said how I felt about something it meant I was acting like a little girl. To me that was a very crucial stage in my life, and that whole week changed my perspective on so many things. I never took the time to think about how I felt about pretty simple things. The mind is a powerful thing, and Pen-Florida youth camp freed mine from being enslaved.

The week I spent at Camp may not have been the best week of my life, but really they were some of the most essential days I have lived. Aside from the fact that I learned how to get out my feelings, I learned that I wasn’t alone in the things I felt and circumstances that I went through. This experience strengthened friendships and created bonds that could not be broken with a thousand swords. Camp didn’t just give my mind a freedom it needed so much, but it gave me friends to share my thoughts with. It changed my life and without it there is no way I would be the same person I am today.

Again my friends, hear me loud and clear...if you speak harsh words to your pastor's children - if you talk about them, single them out and treat them unfairly, you will be held accountable by God and you WILL answer for this someday when you stand before the Lord in eternity.   Don't take my word for it -- take what the Bible says in Matthew 18:6,7.  For any of you who mistreat children or lead them astray it says: "better for him to have a large millstone hung around his neck and to be drowned in the depths of the sea.  "Woe to the world because of the things that cause people to sin! Such things must come, but woe to the man through whom they come!"
That's serious business, folks.

LAURIE said…
Deanna, I haven't had much time for reading other blogs lately and its been awhile since I have been here but your topic really caught my eye because my 14 year old daughter is struggling right now with being a pk. The words, the expectations are sometimes just too much for her. She is working thru some things and trying to find who she is and not so much what others thinks she should be. I have a friend who is also in the ministry and their 14 year old daughter doesn't even want to go to church. We need to be careful of our words and expectations. Pastors and their kids are human, we are not perfect and neither are anyone else's kids. I pray that people would remember that they have influence, one way or the other, either good or bad and the words and actions towards our pks could very well either turn them "on" to church or "off". Lord help us! Good message today...
11:16 AM

Ruth, PA said…
Wow Deanna, This really hit home! Brought me to tears in a few areas. At 46, I still struggle with some areas of my father's ministry. From time to time, I see the "trouble makers" in stores etc. and my first thoughts are of their critical words to my mother, myself and my brothers (especially) and how they expected us to live as an example to the rest of the church. The church board treated the parsonage as their rented home, coming and going, sometimes entering without a knock. Oh I need to stop. I'm afraid I could go on. Hey, is there a retreat for adult PK's? LOL I might need to attend!!
1:20 PM

Unknown said…
Hi Deanna,
This issue is by far, the most painful of being in ministry. My daughters are now grown, both in their 20's. They are awesome young ladies, both serving God in their own unique ways. We are blessed!
As a parent, how my girls were treated by members of our congregation was always a source of concern for me. While the majority loved my girls and treated them well, there were many who did not. My girls, like yours, have been treated unfairly because the person did not like or agree with something my husband or I had done. For the life of me, I could never understand how people could think this was alright!
I thank God my girls turned out well! They both love God and serve in church with their whole heart. But this is an issue that I think needs to be addressed in every church congregation. Thank you for writing about it.