You too can have a conversation with God
and change the world as we know it! 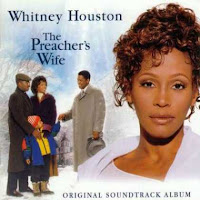 I'm one of those crazy people who pray for people I don't personally know and will probably never meet.  Whitney Houston is one of them.  I love her music and always have.  Long ago I saw videos of her singing in her church choir as a kid and that just enhanced my admiration for her.  The movie The Preacher's Wife made me a bigger fan,  and I still listen to the soundtrack from that movie all the time.  Many times I listen to it on one of my power walks or bike rides,and  I've even sung a few of the songs from that project in church.  My favorites are "I love the Lord" and  "Joy".

I was pretty horrified a few years ago to flip through the channels and come across "Being Bobby Brown" and witness what had become of her life.  Being married to an abuser and addicted to coke...it was just a heartbreaking scene or a train wreck as many called it.   I watched two episodes and had to snap it off and say, "enough of this already, I can't watch this debacle.  I've just got to believe God's report that this girl is gonna get away from all this and get back to her roots..."  I remember watching her sing "I Go to the Rock" a few years ago on Saturday Night Live, and as she sang, the spirit of God really came upon her and you could sense the anointing of God...the gift had not lifted off of her and was indeed irrevocable.

Over the years I have called her name in prayer many times and even mentioned that in some of my messages at church when I've taught on prayer, and asked others to pray for her.  Many people in our church could testify to that, especially the people in my Sunday morning class, or the Fusionites (Wednesday  night crowd).   I've said it once, I'll say it again... history belongs to those who pray.  I'm a strong believer in the fact that even if we never have an audience with certain people in person (celebrities, world leaders, etc.) we can influence what happens in the world every day through simply going to the One who will always give people who call out to Him an audience.   It's an amazing thing that the One who holds the world in His hands listens up anytime we say anything to Him.  He'll listen to you right now if you just call on Him.

I was thrilled a while back to hear that she was supposedly at a Cece Winan's conference at Jentezen Franklin's church and had a life changing experience with God.  However, I wasn't certain if this was really a genuine report since she hasn't given interviews for seven years.  The last two days on Oprah featured an exclusive interview with her and I tivo'd both days.  What follows is an exact quote from her in the interview, and I pressed re-wind and re-play many times to make sure I typed it exactly right.  She's now drug free, Bobby free, and stronger with God than ever.  Here goes: 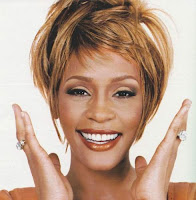 Whitney Houston on Oprah, September 15, 2009:
I know from where my cometh and I know that is strong within me and if ever I get low and weak, I know Who I can turn to. I know where I can go, I know where I can run to. I know that God loves me...He loves me. I love the spirit of God so much that I'm not willing to trade that for anything. I'm not trading that for nothin...for nothin' !!!  Because I feel joy that I can't even speak about, and peace that passeth all understanding!  I was by myself so much during those year in LA and I would just sit and I would just read the Word and I would stop everything and say, "what do you want me to know? Holy Spirit speak to me...guide me..."

For a few years now I've been praying for other celebrities to have a true life changing experience with God -- I am talking a power encounter, not just some God-speak or spiritual psycho babble but a revelation that brings transformation.   There are lots of other people on my list...maybe you're even on it!  :)

Ruth, PA said…
I saw these interviews and had goose bumps throughout! PTL!! Her singing still sends a shiver up (or is it down) my spine! LOL
9:39 PM