Lessons from Kathryn:
Disappointment vs. Preparedness 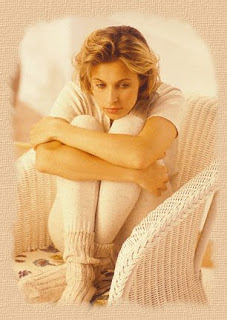 Yesterday I had a one on one meeting with my manager Kathryn which is always amazing. I learn so much from her and she's pretty amazed at how much I remember of what she says and even quote back to her verbatim. I want to soak in every bit of wisdom I can possibly learn from her and take very seriously every word that comes out of her mouth.

Yesterday we talked about disappointment. It was something she had been communicating to our Eastern Region team about and it carried over into our weekly meeting that she and I have one on one. Her input on the issue on disappointment relates to coaching in many ways as we can be disappointed that a client hasn't showed up, or produced something we really thought we had motivated them to do, like market their resume properly or even finish it in the first place. The excuses people give for not following through and doing things are unbelievable. It's difficult as a coach to deal with that sometimes but we have to remember, we can lead a horse to water but can't make them drink. I once had a client tell me they couldn't send out even ONE resume in the coming week. Upon asking why they said it was because their brother was coming home. I said, "oh how long will he be here to visit?" She said, "He's moving home this week, permanently." I failed to understand how this would prevent her from sending out just one resume during the week. How some people continue to survive on planet earth, I do not know. (Well, yes actually I do -- they sponge off of other people...but that's another blog.) I shared with Kathryn that the same frustrations we deal with in coaching from time to time, I deal with in much greater measure in the pastorate mostly because we are not dealing with employees or people who are paying for a career coach, but volunteers. This adds a whole new dimension.

For many years, I memorized every solo and speaking part in every musical we ever did for Christmas or Easter. I knew somebody was inevitably going to not show up and a few years in the ministry taught me that I had better be ready when it happened. Each year I would have every part memorized in case I had to step in...even Joseph or Jesus if necessary! I know that sounds nuts, but I was prepared to be a "Drag King" (ha ha - is there such a thing?) Believe me it was the LAST thing I wanted to do. How embarrassing!!! I'm the least masculine person you've ever met and the thought of playing the part in a musical such as Joseph or Jesus would make me want to crawl under a pew and hide from the world, but to me it would have been more embarrassing not having anyone to play the part at all.

For years I had a musician who would let me and the team down quite a bit. When they did it caused considerable stress and scrambling around to get new music charts prepared and switch up the order of service, since things really changed by this particular person's absence. It was so frustrating. One day I said to myself, "no more last minute scrambling" and I decided to just go all out and be prepared in advance for them to do this, since I knew it was their pattern. I prepared a bunch of orders of service with no dates on them in advance complete with all the music charts laid out for all of the other team members, put it all in a file folder and typed up a label on it that said, "The Disappointment File". Every time they would call out at the last minute as was their custom, I would buzz my assistant and say, "pull the disappointment file please, and have it ready for me for service in a little bit." Larry used to laugh over this and shake his head and say, "Deanna, I bet you are the only person on the planet with a 'disappointment file.' You're crazy!" Maybe. But somehow it always made me feel better and gave me some sort of strange consolation to pull that file. Seeing the label would always make me laugh and diffuse my madness for at least a few moments that I was left to figure out what to do at 6:30 when service started at 7:00 pm. It has always bothered me how low on the totem pole some people put corporate worship, but again...that's another blog.

I do try to look at everything in as much of a positive way as possible but as I explained to Kathryn, irresponsibility is so foreign to me, this is one area that it's very difficult to do that with. I have a zillion faults but irresponsibility isn't one of them. I do what I say I'm going to do, show up when I say I'm going to show up and unless I would be hospitalized or dead, you can take it to the bank. So when I encounter something otherwise, it's extremely frustrating. Kathryn encouraged me to read a blog by her friend Mike Robbins, who just wrote about this very subject called, "Embracing Disappointment." The truth is, we can actually make disappointment work for us. Robbins says the following: "Asking for what we want, counting on others, and trusting people – all of which are essential for healthy, fulfilling, and real relationships – do make us vulnerable to being disappointed and even hurt by the people in our lives. So what! We end up getting more hurt and disappointed in the long run by withholding our desires and expectations. We might as well live out loud and be honest about how we feel, what we want, and what’s important to us. As Dr. Suess so brilliantly said, “Be who you are and say what you feel because those who mind don’t matter and those who matter don’t mind.”

I really got a lot out of Mike Robbins' teaching and Kathryn's personal coaching and plan to take it to heart. I have learned through them that it's okay to come out and clearly communicate when I am disappointed, and what I expected.

Kathryn also said, "don't focus on disappointment because then you attract it a lot more." Point noted. She also spoke into my life about reframing situations and relabeling my folder, "Preparedness File." The focus shouldn't be the disappointment but what I am capable of doing admist a challenge. I'm always encouraging others to look at opportunities, not obstacles. I need to apply that to all of my situations, not just 95% of them. So, my folder is going to get re-labeled. Instead of focusing on the disappointment I'll instead focus on the fact that God has blessed me with gifts of administration that can shine even more brightly at times like this. When a problem presents itself, we have occasion to complain, or shine. Which one would you rather do?

My choice has been made. I'm going to shine!!!

Eagles Wings said…
Good one! Thanks for sharing! I hope to change from complaining to Shining!
God Bless
7:22 AM

Anonymous said…
A "preparedness file." Mine needs to come complete with a preschool teacher or two lurking in the corner...LOL!!!

I love it, though - My Type A self tends to get all tied up in knots when things don't go according to plan, and I need to remember that there are better ways to handle disappointment!!!
9:08 AM

Melissa said…
Thank you for sharing this! I so needed it today! dealing with disappointment just stinks specially when what was promised affects not just myself but our kids. In my case having a preparedness folder doesn't help but it will help with other future issues that are abound to arise. Thank you for sharing again! Can't wait to read and see the pictures of the surprise on Sunday :)
4:15 PM