It's not worth the price... 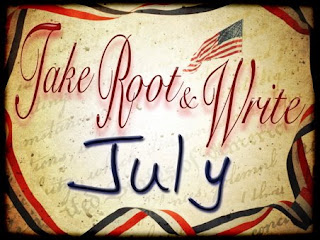 Today is the day of my monthly column for ministry wives at Take Root and Write Publishing.

This month's article is, "It's Not Worth the Price," speaking of a lack of trust in God, and worry. If you are interested, head over there and read it. If not, here are a few updates for you on the state of things @the Shrodes.

Took Jordan to the doctor's yesterday morning and sure enough, he has strep throat. I had a hunch that's what it was after his throat still hurt so much and wanted to get it better asap. Instead of giving him a few week's worth of antibiotics they just offered him a shot of penicillan. He chose the shot, but afterwards had second thoughts as to whether he should have. It was a great big needle in the rear end and he complained all afternoon and even wrote on his facebook status about his hurting rear end. I asked if he wanted me to request prayer. :-) He turned me down on that. After going home and taking a very long nap he was already feeling better, praise God!

I had my mandatory drug test yesterday for work. Wow...very interesting. Never had to do that before and it was a different experience. Thank God my friend Jenn was with me when I went to do it. We were having lunch together and she suggested we swing by Quest and have me do the test real quick beforehand. I was glad she was there since I had no idea I would have to leave my purse, my notebook and all my other belongings in the waiting room. I didn't even think about the fact beforehand that you can't take anything in with you when you have that kind of a test. And then not flushing? Yeechk. I was not into that at all. Glad it's over. I did have a great laugh with my manager, Kathryn, over it. She said some of my remarks were so funny the people around her must have thought she was crazy the way she was laughing.

Trying to get everything wrapped up before we go on vacation. My initiative list was a mile long this week and I still have two church projects to complete before leaving, plus church service on Sunday. And then...everything at home to take care of. It will all get done but I never breathe a sigh of relief when going away until we are actually pulling out of the driveway.

Savanna has been at youth camp all week. Comes home today! I'm very excited to hear about her week. She's texted me a few times and said what a great time she's having.

I am not really having any time off before we leave, however I do realize once we leave that I will actually have time off and some rest.

I am in prayer over some family situations right now. Just like others, I have things in my life I can't solve and only God can do something about it. Tonight the Lord led me to go to Luke 8 in my Message Bible. In this passage it refers to how the Word of God that we have received gets choked out so often.

"The seed is the Word of God. The seeds on the road are those who hear the Word, but no sooner do they hear it than the Devil snatches it from them so they won't believe and be saved.
13"The seeds in the gravel are those who hear with enthusiasm, but the enthusiasm doesn't go very deep. It's only another fad, and the moment there's trouble it's gone.
14"And the seed that fell in the weeds—well, these are the ones who hear, but then the seed is crowded out and nothing comes of it as they go about their lives worrying about tomorrow, making money, and having fun.
15"But the seed in the good earth—these are the good-hearts who seize the Word and hold on no matter what, sticking with it until there's a harvest." Luke 8:12-15 (The Message)

I don't say this to brag but like many of you who read my blog on a regular basis, I know quite a bit of the Word of God. It has very much been planted within me. But often, it seems everything I know get choked out by all of my cares and worries. I'm pressing in, determined to not let that happen. The Word leaks out of me but I've got to keep pouring it back in. The Word is truth...and it will last forever.

Anonymous said…
The north vacations in FL. Where do Floridians vacation? LOL
Ruth, PA
5:55 AM