Insurance is bad enough!
Let's not kill ourselves with socialized medicine!! 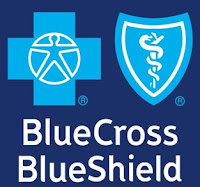 I was hit with the stark revelation once again yesterday that medical insurance companies could really care less whether you live or die. Commercials about being "there for you" are meaningless. Let me say up front, I have Blue Cross Blue Shield. Right now, I'm so angry with them, and I hope they are like so many companies who are googling themselves to see what bloggers are saying about them. I've actually had two companies contact me that I blogged about who wanted to apologize to me for poor service and ask for my business back. I think businesses and corporations are starting to see how much influence bloggers have. So, let me just say to Blue Cross Blue Shield...YOU MAKE ME SICK!!! LITERALLY!!! And I want the whole world to know it. I hope a bazillion people find this through Google search and see the truth about you.

I have been sick since the third week in November. Read about it here if you want.

Currently one of the top specialists in Tampa is treating me. For the past three weeks I have been on a medication that has done wonders for me. Taking three weeks worth of samples given to me by the doctor, I have had amazing relief in these recent weeks and even been able to sleep without being awakened by pain. Clearly this is a treatment that is working. Today, (after an appt. with the specialist) I was instructed to go ahead and fill a prescription for said medication and that this would be the course of treatment for my condition for several months. It's the best available at this time and also the strongest available, which the specialist feels I definitely need for the severity of my illness. Well...

BCBS denied coverage of this medication. They said it should be a last resort, and only prescribed after a bunch of other things have failed. So, my doctor called in five more prescriptions to try other things that might be comparable. Would you believe they spent all afternoon denying coverage of every single one of those too? I wanted to choke someone! They said the medication is too expensive and something weaker (lower dosage) and less expensive needs to be tried for a while first. Are they insane? I have finally been pain free the last 3 weeks and now they are wanting me to possibly regress because I don't have the proper medicine? Insurance companies need to let doctors do their job and not second guess or suggest an alternate treatment.

On the 6th try my doctor finally prescribed a medication they would agree to, however it is not the same as the other prescription and in fact on top of that they would only approve the generic version. Not that I mind generics but the thing is, it's clear to me that BCBS does not give a rat's behind about people or their health and in fact don't mind at all making people sicker if that's what's necessary before they have the privilege (?) of getting better. What the heck do we pay for insurance for? Oh yeah...our health. Hmmmm...

The insurance industry is out of control. Seriously. They have gone insane. But if we think that's bad, having the government run health care is going to be even worse. If anyone hasn't had an awakening and smelled the coffee on this one yet, please do so. We've got to do whatever it takes to fight against that, because it will literally be the death of many Americans. There will be nothing worse than Obama's people telling you that you don't really need bypass surgery and should try an aspirin first for a few months because it's cheaper.

p.s. Please pray that I can get better even though I am on this substandard medication for a while. If it doesn't work my doctor will be able to prescribe me the other medication in a few months after it has failed, but honestly I was hoping to continue to get well and not have to go through vacation, the remainder of the summer and into the fall in pain. Thank you!

I agree! BCBC denied me ( after being with them for 11 years through my previous employer ), because of the transplant! That's what you get for telling the truth!I love you and I'm praying for the Great Physician to heal your body completely!
8:00 AM

Anonymous said…
I hear ya! I'm fighting with my insurance company over my allergy medication right now. Both my husband and I need the kind with a decongestant in it, but they don't want to cover that because apparently, they are suspicious that we are "insisting" that we need it [the decongestant is the ingredient that is used in meth labs).

I finally told them, "Look - run a background check on me! I will also personally fax you the 4 years' worth of paperwork from my old doctor documenting all the different types of medications they tried BEFORE they figured out that this one worked."

Allergies may not seem like a big deal to some - but for me, they 100% of the time lead to ear infections, sinus infections, and/or laryngitis.

Anonymous said…
I'm going before the throne pleading for your TOTAL healing. I also placed you on our Demolition Prayer List at church. Our God is so great!

Your horrible day came one day after our "glorious leader Pres. O's" speech about ordering congress to step it up and get a nationalized health plan passed. I would like to encourage you, and all your readers to contact your congressmen and senators and tell them your experiences.

I'm so very sorry things are not working out with BCBS. You are being carried to His throne by me! God IS able!
With love,
Ruth, PA
10:00 AM

Aaron said…
Deanna, I agree completely. Of all companies a health care one should care the most! It's your life they're messing with! You would think their job is to make you well so you don't need a more expensive procedure. Yes they don't care unless it's to deny you 'healthy care'. I will continue to pray for you so your care comes from above.
2:43 PM