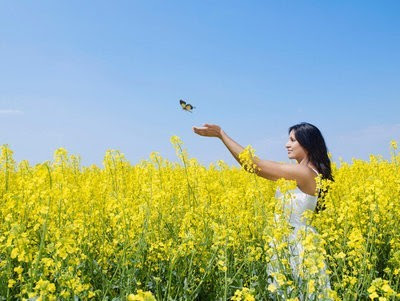 "Some of us are becoming the men we wanted to marry."
Gloria Steinem

There are some people who won't really see the value of this quote and dismiss it, focusing exclusively on who said it rather than the meaning. That's a shame.

What does it mean? Simply that a woman doesn't have to marry a man to achieve a place of influence by virtue of being married to him. Her own leadership skills can carve a niche for her, instead of having to rely on a marriage license. Gone are the days when women had to marry certain men to utilize their leadership skills. Now women can just become whatever they want to be instead of marrying what they want to become and living vicariously through them. Today women have opportunity to have the career they want, and marry for love instead of for hopes of achieving something in whatever field they are interested in.

This is becoming exceedingly clearer all the time in the secular world, but my hope is that young ladies in ministry will see this too. It will spare them a tragic mistake. They need not marry what they wish to become...they can just...become and then marry somebody for who they are and not what they do. What a concept!

Anonymous said…
I grew up Baptist where female ministers did not exist. So glad those days for me are gone - with the Holy Spirit's filling brings freedom! But I've noticed freedom for women in other areas than the pulpit. Single women have also found feedom to adopt children and still have a thriving career. When we follow God's leading the possibilities are endless!
Ruth,PA
7:36 AM

I am one of those thriving woman who chose to adopt and still be single I have a great career and I have a great roll in our church _ right PD ? Women can strive and set their minds to anything and achieve anything
1:35 PM

Dr. Deanna DossShrodes said…
Yes!! Michele is a board member, a small group leader, and much more and she also adopted her son a few years ago. I am so proud of her! By the way, Ruth, just FYI, Michele does desire to get married and is praying that God's man will come along, however she is not sitting on the sidelines til' then nor will she marry a man who ever asks her to sit there... (smile)
2:23 PM

Anonymous said…
Thanks Deaana and Michele, for sharing with me. I will pray with you guys for God's perfect mate for you, Michele. Great for you for only accepting God's best! What a wonderful message to demonstrate to your child. And Deanna, what a great board member to have! She sounds a lot like you! :) God's blessings to you both as you serve our Lord!
Ruth, PA
3:39 PM