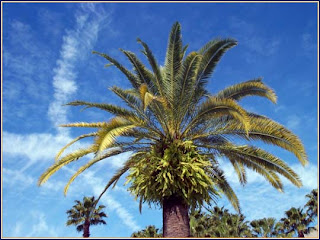 Today is the second day of district council in Orlando. Yesterday I had to be here early for a women's meeting for the district reps board, and caught up momentarily in there with some of my good friends and then raced off to dinner with Teeb. It was good to just breathe....to sit and just talk for a while - the two of us, about various things we just needed to catch up on, over some seafood. Mmmm. It's amazing that we do live together, work together, yet often don't have the time to connect and have conversations about things that are pending. This is always a good time to do that.

Last night Dr. George Wood (General Superintendent of AG) was the speaker and I always love to hear him. I have always been a huge fan way before he ever became Supt. He's a huge advocate of women in ministry and down through the years I have appreciated so much his stand and his willingness to go to the bat for us time and again. He is a real man...a fearless man, who is not afraid of the callings and giftings of women, and believes in total equality. (He doesn't just believe it, his actions show it.) All that to say, my only thought when he got voted in was that I wish he was a few years younger so that we could have him as Supt for a LONG, LONG, LONG time, preferably until Jesus comes back. Well, with the way things are looking in the world today I think that just might happen! I believe the return of Christ is right around the corner.

Last night we went out to TGIF's after service with a pack of our friends and had desserts and coffee. It was good to catch up. I said, "Larry, I don't want to stay out late" on the way there, but you know we ended up telling stories and laughing and as usual Larry was saying to me, "c'mon Deanna we're closing this place down and you said you didn't want to be out late..." Ha! Of course I was the one telling the last story, in my typical animated style, all the way out to the car...lol. It's difficult after not seeing certain friends in person for a while, you just have so much to catch up on, laugh about and encourage one another. This morning Teeb graciously let me sleep and brought me breakfast in bed. So sweet. After business meetings this morning, we have our women's luncheon. Maria Khaleel is the speaker so we know that will be a home run! I am so blessed to be here...needed this time.

Anonymous said…
So happy for you. A well deserved time of refreshment! Have fun and ENJOY!
Ruth, PA
12:55 PM

I'm so thankful that the Lord gave you and Larry this time together.