Marriage Series
It's time to give up! 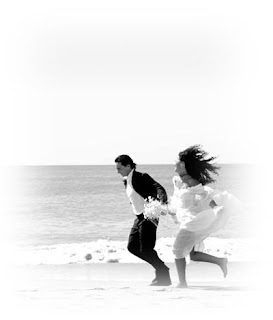 Marriage has experienced an assault in in recent days like never before.  One of the accusations leveled against those of us who propose upholding the sanctity of marriage is that we haven't been too successful at marriage and in fact over half of all marriages end in divorce. While we should not hand holy matrimony over to those who wish to change it, we do need to acknowledge that indeed married couples in today's day and age need a lot of help. It's my prayer that in this blog series, some of you will be inspired, blessed and strengthened in your marriages or future marriages!


One statistic that makes me very alarmed and sad is that 85% of all divorces happen for "non-severe" reasons, meaning that serious tragedy or abuse was not involved. The overwhelming majority of people simply get divorced because of selfishness and at least one person in the relationship wanting their own way.

Much of what I'll share with you this week are things Larry and I share in the marriage conferences that we lead. I want to say from day one of this blog series, the reason I believe I'm qualified to speak on this issue is not that I have it all together, but rather than I've been where some of you are at...ready to quit!

Although we have never faced the heartbreak of moral failure we have had our difficult times of adjustment. We have faced hurts, and arguments and blow out fights, like many or even most other married couples. We have been at absolute rock bottom financially, literally living on the poverty level during much of our marriage in times past. At one time when our life sort of fell apart, we simply lived out of our suitcases, with no other belongings, for several months. We have experienced the loss of a child through miscarriage, serious illness, death of close family members, financial devastation, ministry hurts, and so much more.

The other day, I said to my husband, "Do you love me more today than you did when you married me?" He said, "Oh my, yes!!!" I said, "why?" He said, "because I've been through way too much with you not to love you more. We have shared all of our life's adventures good and bad and it has bonded me to you."

I remember one particularly difficult time in our marriage. I was at rock bottom and just numb. We had been arguing so much. I couldn’t respond to this like any other woman and just come to the altar and let it all out in front of people. (It really doesn’t look good for the pastor’s wife/co-pastor to come in on a Sunday morning, go down to the altar and boo hoo about her marriage.) So I would go into the sanctuary when no one was there at night and turn the lights out.  I was still afraid someone might come in and see it was me, as crazy as that sounds. All they'd have to do to see it was me was flick the lights on, but I was not thinking straight at the time. I would lay on the floor and cry and say, “Lord, help me through one more day of this.”

I expected the Lord to speak gently to me and say something like, “Deanna my precious princess…I see what you are going through and the pain that Larry is causing you and I’m on your side…” Instead, as I was crying on the floor, He spoke to me and said, "these problems in your marriage will be resolved when you get beyond your selfishness and make unconditional love for your husband more important than anything. This will be over when you get beyond having to have your own way! The solution will come quickly when you decide that you don't have to be right anymore. A turnaround will come when you decide to humble yourself."

That was really hard for me to hear. In fact at first I was thinking maybe there was a demon in the sanctuary! Surely that could not have been God. I wanted to disregard it. Surely there had to be something in the Bible that would back up my thoughts, my feelings, my needs. Who wants to give up what you feel are "your rights"? But if we are broken before the Lord, and have dropped our pride, we won't care anymore about "rights." We don't act on feeling, we begin to act on fact. This is the word the Lord gave me when I was on the sanctuary floor...he said, "act on the facts, and the feelings will come." God showed me that I needed to act on what His Word says in how I treated Larry and although I wouldn't feel love or anything else for him (at first), in time the feelings would come if I obeyed the Lord.

This is counter to everything the world believes! The world simply goes by feelings. What about the old love song that says, "It can't be wrong, when it feels so right…"? Well, I'm here to tell you, it can be wrong even when it feels right. Our flesh longs for and cries out for "feeling" but we must act on fact if we are going to be blessed. The day our marriage turned the corner was the day I realized, it wasn't all about me.

Larry wanted us to start dating again. We had stopped for a while back then because our marriage had deteriorated and besides that we were flat broke. (We had to learn, a date didn't necessarily mean we had to spend any money.) But the issue at first when I was still in my "bad attitude stage" was that I didn't want to date him! I was so angry. Please don't think it was all his fault. There were so many areas of my life that were out of whack. I needed to change as much if not more than he did. At first when Larry asked me to start dating him again I didn't want to but I did so after God spoke to me and told me to act on facts. Being that spending time with your spouse is in line with God's Word, I started to do it solely for that reason for quite a while though I was hurting insid 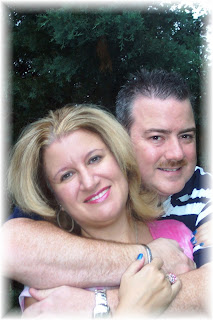 The exciting news is, a change in your marriage doesn't require your spouse to change. All a change requires right now is for YOU to change, and when YOU change half of your marriage has just changed, and that is a considerable amount. Keep doing what the Word says, keep acting on the facts and you will see God begin to move. When I got up from that floor in the sanctuary that night, I made a change in myself and sure enough, the feelings eventually came back. No, not overnight. I will say it took a significant amount of time. We are talking many months to a year's time. Today not only are the feelings back, but I’m crazier about him than I have ever been! I am head over heels in love with the man!

Important Disclaimer: Every time I teach on this subject I have someone who comes afterwards and says, "well, what if my husband is abusing me?" Let me just say, I am not referring to those in abusive situations in this post!! God does not want you to stay in a situation where you are abused and in harm's way. Please do not think for a moment by this post that I am encouraging you or anyone to remain in a situation of abuse. Please seek shelter immediately if you are in a situation of abuse. If you don't know where to go and need help, e-mail me with your location and I will find a place where you can get help in your local area.

DaNella Auten said…
Awesome job Deanna, I keep saying if you make the right choices the right feelings will follow. I tell newbies that the lovey dovey feelings will fade.I love my dear hubby but I don't always feel love for him. However if I keep choosing to love him, before long, the feelings will return, and each time they do they get stronger.
8:22 AM

Anonymous said…
Thanks for being so honest in sharing your relationship.
Ruth, PA
10:55 AM

Anonymous said…
One of my biggest pet peeves is when people decide to end their marriage because, "I just wasn't happy."

Well, duh. Life is not all rays of sunshine coated in Godiva chocolate.

I say this all the time: We "fall in love" many times in our life. Marriage is about picking one of those people and choosing to STAY in love with him [or her, if you're a guy!] no matter what.

This is one of my biggest soapboxes, so I'd better stop before it turns into a whole new blog post...
7:21 PM

Deanna Doss Shrodes said…
Please, Leanne! Do comment as much as you want here...I don't care how long your post is. I value what you have to say.

Anonymous said…
At our wedding, out best man gave this toast. "Never let the word divorce be part of your vocabulary. Never give up. Put God first, love each other, and fight with all you have to always work thinks out"
Ruth, PA
9:25 PM

Thanks so much for sharing with us. Awesome post!
10:07 PM