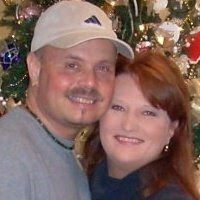 The following is something my close friend, Pastor Mike Gibson, had on his blog today and I asked him if I could re-print it here on my blog as a guest blog. I have never introduced Mike here on the blog before, at least I can't remember doing so and now that I think about it, I can't believe that! Larry and I have been very good friends with Mike and his wife, Pastor Donna Gibson for some 18 years now. They are lead pastors of Victory Assembly of God in Tipp City, Ohio. Enjoy this excellent writing from Mike about, "Triangulation."

Some of you are saying, "What in the world is 'triangulation'?" Well, here goes.

Triangulation is basically pulling somebody into something that is none of their business. Here is a simple example. After church, a member comes up to my wife and says, "Will you tell pastor....?" Or, "Pastor, I was out somewhere and I saw one of your members doing ...." Do you see the triangle? It is something between two people where a third party is pulled in.

In the first example, it should not be my wife's responsibility to relay a message to me. In the second example, if a member has a problem with something another member is doing it is their job to first go to the other member and not to the pastor.

My wife went through three units of Clinical Pastoral Education (CPE) a few years back. I was blessed to be able to absorb some of the benefits of her training vicariously. Triangulation was a huge topic. Very simply put, avoid it whenever possible! This is extremely tough for leaders within an organization. As watch-persons, we sometimes believe we should know everything about everyone so we can keep guard over the organization. However, this mentality is skewed and I believe it is counter-Scriptural.

I once served on staff with a very recognizable pastor. Every once in a while situations would cross his desk involving his staff. One day, he brought a situation to my attention and automatically assumed I was in error because he had heard the other side of the story, first. I politely asked him to not assume that just because somebody presented something to him first that they were correct. He paused, thought for a moment and thanked me for that observation. He admitted that is exactly what he was doing and did not realize it.

Whether you are in the business community or in the ministry, the same rules apply. The Bible is very clear on certain topics. First, condemnation should not originate from a Christian. The fruit of the Spirit is to originate from a Christian. Judgment is to come from God, alone. Satan, not God's people, is the accuser of the brethren. And, the Word makes it very clear that whenever there is a problem between two people that the proper protocol is for the people to work it out on their own without involvement from a third party (hence, triangulation). Of course, others are to be brought in if assistance is needed after the first attempt. And, it is our job as Brethren to bring loving correction when warranted.

Why am I writing this? I believe triangulation is an easy trap for us to fall in. Most of us live life operating in triangles and do not even realize it. And, triangulation can result in gossip and skewed impressions of people which can ruin influence, reputation and even lives. Free yourself! Handle things the way Scripture tells us to handle things. It is very liberating.