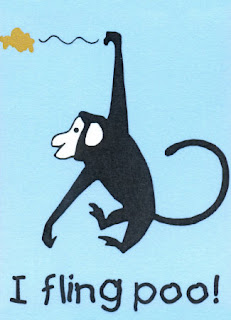 I'm not afraid of you.

I can safely say that because it doesn't matter who's reading this, I'm not afraid of you. Seriously.

I have a fear of the Lord, but He is the Great I AM -- the Almighty, so He's not in the people category.

I fear deep water.
I fear snakes.
I fear change at times especially when I'm not the one making it.

But people? No. I do not fear them.

One of my greatest desires is to live in a completely transparent way with others, and it's the hardest thing when I feel something or someone pressuring me not do do that. It is difficult for me in relationships if I'm expected to play games in the way we converse. I want to love people deeply. Sometimes that means loving a person enough to speak the truth.

I have issue with cowards. I have never and will never back down from anything verbally. The only time I ever have refrained from saying something I feel strongly about is out of respect for my husband if he asks me not to. And those times half kill me, quite honestly. I'm not talking about talking just to talk, or non-essentials, but things that are core values that I really feel passionately about. There are times I've questioned why I am alive on the planet if I can't simply be real in expressing myself. My husband says that's ridiculous -- that there are a lot of greater reasons to live than expressing oneself . But I think if you can't be yourself in doing whatever it is God's called you to do here on earth, what's the point? One time a district official who must have thought I needed some "counseling" told me that "successful pastor's wives suppress themselves." Hmmm...a lot of successful pastor's wives are also fake or sick. I'd really rather not live that way, thanks.

I am very much a "if you have something to say, say it now and say it to my face" person. And if somebody doesn't have the nerve to do that, I have a really hard time respecting them. I know that sounds a little harsh. But I just have a real distain for fraidy cats and head games. I hate confrontation but I am not afraid of it. I think only a rather mentally sick person loves confrontation however when the occasion calls for it, a healthy person will respond and not back down from the truth or suppress it.

One time a guy in a church we pastored threatened to kill me. He hated me. He threatened to shoot me and kill me right in the middle of praise and worship. My answer to him right to his face was, "Go ahead. Make my day." My husband was mortified that I said that to him. Maybe he thought I should respond with, "I'm praying for you, brother..." Sorry, that's just not me. When he told me he was going to kill me I didn't flinch or back down from him. By the way, that man is dead now. He was younger than me. But he's gone. Buried six feet under. I didn't kill him, by the way, nor did I ask someone to. He died of his own doing. If you want to know the whole story, I'd be glad to take you out for a coffee if you visit Tampa and I'll tell you the whole unbelievable story of the man who said he was going to gun me down as I stood on the platform the next Sunday leading worship at the keyboard, and how God took care of him.

Why am I blogging about this today? Well, it's just on my mind that I am really tired of verbal dances in relationships. Can't we just talk plain? One time someone told me they talk behind my back and don't readily share with me when something bothers them because I am too intimidating so they don't want to face me in a conversation. The same person told me they know they could never win a debate with me so that's why they have talk about me to others rather than saying what they have to say to me personally. All I thought was, "well I guess this is God's way from protecting me from you." The truth is, those who lack confidence are intimated by people who have courage. Sorry, I won't throw my confidence away to be your friend.

If there's one thing I loathe it's when someone wants to turn me into someone who walks in fear of speaking what I feel passionately about. I'm not afraid of people who fling poo. Let them fling. I can take it. Usually I have a habit of taking the poo and using it as fertilizer for my next success.

You're my hero! I want to be like you when I grow up!

It's taken me 50 years to get the courage to say what I really feel and it's still hard for me.

But I'm doing better with it, and don't feel guilty anymore either.
3:43 PM

Dr. Deanna DossShrodes said…
Aw LaDonna, you're a sweetheart. Thank you for saying these kind things, but really, you are a special personality all your own. I do not see you as a coward. Honestly, I would tell you as you can see from this post. :-)

You have a very sweet and sensitive personality but you are not a backstabber in the least. I believe if you really feel something strongly you will say it but probably through a pile of tears, but that's fine, it's just "you" and you are you and....you are beautiful when you are just being yourself.

Anonymous said…
Pastor Deanna, I just want to thank you for being you. Over the past 3 years I have come out of my shell alot and being around you and many other people at northside has tought me that I can be myself no matter what others think. Now I just speak my mind. Thank you for bringing out the best in me.
8:24 PM

Anonymous said…
"Usually I have a habit of taking the poo and using it as fertilizer for my next success."

Tina said…
PD you are a awesome woman!!! I hope that one day I will have the courage and strength that you have... I am so thankful you are in my life. I would love to hear that story that is one I have not heard of yours. I love you

Web Designer said…
You rock. I loved this post. I have been friends with Pastors wives who are terrified to speak their minds. I understand why - it's because we, the congregation, can sometimes be idiots. I think it's awesome - awesome - AWESOME - that you are not afraid to say what you think. It's refreshing - and I would want nothing less from my Pastors wife. Your not a doormat for people to walk all over just because of your position. I'm sorry some moron actually threatned your life - that is the craziest thing I have ever heard. Guess he got what was coming to him. I'm sorry - guess I'm not afraid to speak my mind either ;-) Anyway - good post and I'm glad you said it!
9:56 PM

Anonymous said…
I'm a work in progress... I hope to truely get to the place that people's mouths do not bother me! My love language is words of encouragement. Cutting or derogatory ones do still hurt deeply. How do you get over that? I'd just rather not hear them but in the ministry/speaking, it's inevitable!

On the other hand, I am characterized by loyalty and normally would not engage in back biting. I aim to build up. I have grown a lot in confrontation but sometimes I am shaking behind the desk! I'm a work in progress. Be patient with ones like me, God's not finished.
8:07 AM