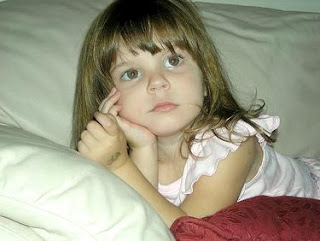 News reports today have confirmed more than the remains of Caylee Anthony or the true killer of Adam Walsh. They have sadly confirmed once more the shoddy work ethic of much of America. It makes me SICK. It's bad enough that horrific crimes like this are committed in the first place. But to add insult to injury of the families involved, you have various workers who so botched up the investigations causing irrepairable harm long after the case is solved. Due to somebody's laziness, families are often victimized twice.

These aren't just current events that I'm choosing to blog about because they are current, but rather an issue that bothers me to the core and something I've blogged about many times, and that is, what in the heck is wrong with the work ethic of Americans? We can't seem to get it right whether it be investigating a murder or making sure an amusement ride is safe. Somebody is laying down on the job, or not showing up, every time you turn around.

I was sickened today to turn on Fox News and see that the utility worker who called about Caylee's body in the woods had called THREE times to report seeing a bag or something suspicious in the woods, and was largely ignored. Oh, they did go out and "check it out". But they didn't find anything. Well, actually one police officer said he "had to get out of there because he saw a big snake". (Give me a break...kill the snake and keep looking for the body! Didn't he have a GUN?! What kind of sissies are working for the police department these days? I hope if I call 911 and there's an intruder in my house they don't leave if they see an alligator from my lake around the corner. Gee whiz. Ridiculous!)

In the case of Adam Walsh, his family had to go for all these years without any closure in his killer being brought to justice. Why? Because the police once again bumbled the case and lost the piece of carpet the killer had decapitated their son on. How in the heck do you just "lose" something like that? In between donut runs and smoke breaks, these guys lost the key piece of evidence that would have nailed Ottis Toole to the wall legally or possibly even sentenced him to the death penalty. Sadly he never came to trial for Adam's death although he has now died of natural causes. It didn't have to be that way, if only the police wouldn't have done such a poor job on the case. In my opinion they should be fired...end of story.

What I want to talk about in this post is more than the tragic deaths of two children. I want to speak to the tragic death of hard work in our country, and a job well done. Nobody seems to know what that is anymore. DETAILS are important, people. I'm a person who believes in some cases, we should be sweating the "small stuff." A bag in the woods? A piece of carpet? Small at first glance, but to someone else such as John Walsh, or Caylee's grandparents who have been at their wits end with frustration and grief...it means everything. Somebody could have prevented these families from having a whole lot more pain than they needed to have.

This applies to anyone. What is your job? And how are you doing with attention to details? It was a utility worker that found Caylee's body. He had to call more than three times to finally be heard in the matter. What if he would have quit? Whether you are a waitress at Waffle House or a pastor of a church, or a teacher, or a person who works on the assembly line at GM, are you paying attention? Are you doing your job? Do you care about the details? Somebody's life depends on it.

Every time I see something like this happen in the world it not only prompts me to pray for the families involved, but it motivates me to be a better worker. Somebody is counting on me. Will I fulfill my responsibilities or will I be found sloughing off when I was supposed to be working?

Anonymous said…
I completely agree and I've had this discussion on numerous occassions with others. But what might be even worste is that America would rather higher those who have less qualifications and less work ethic because it will save them money in the end. Instead of highering the absolute best for a job with the absolute best qualifications- America is willing to take second rate to save a buck- boggles my mind, really! and we've discovered this first hand! YIKeS!!!

As for the Adam Walsh case, it sickeneds me to no end. I specifically remember when Adam went missing because we would be about teh same age now- I remember because I was scared to death to be left alone in the mall, hearing all the news reports- I was only in Kindergarten!!! sooo heartbreaking. I'm very proud of his parents for all they have done for the entire world since that tragedy.
7:10 PM