Are you afraid of being alone? 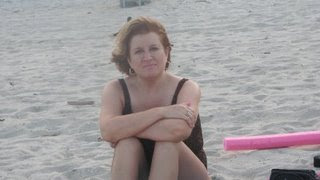 "I love people. I love my family, my children . . .
but inside myself is a place where I live all alone
and that's where you renew your springs that never dry up."
Pearl S. Buck

The question: "Pastor Deanna, wasn't your most recent trip to Africa so much better because you didn't go alone?"

I never expected anyone to ask that question. I don't know why, but I just didn't. It never occurred to me at all, however I've realized it crossed a lot of other people's minds. I was even asked the question by one of the missionaries while I was in Africa. The first time I was asked I just stammered around and tried to figure out how to answer it. But the second time, I was ready.

At first, I thought people were just making casual conversation by asking if Sue and I had a nice time together on the trip. But the more I was asked the question the more I realized that many people thought it was a burden that I made the first trip alone. They assume that in some way it was a real hardship or sacrifice. It reinforces my belief that many people don't practice solitude in their lives, and that many live with great fears about being alone or doing anything major alone.

I love Sue! She's one of my dearest friends. I'm so delighted that she went with me to Africa this year -- I invited her to do so, therefore it's obvious I wanted her to go. I'm so glad she went -- for her sake, the African people's sake, and yes - it was fun to have her along as a travel companion. But my trip was not better this time due to not being alone, it was simply different but equally as powerful.

There was never anything lacking in my last trip in going alone. It wasn't a detriment that I went alone, for I don't find aloneness to be a negative thing. I see time spent with oneself as a blessing. I always felt from the first moment of receiving the first invitation that it was God's will that I go alone in 2007. However, Larry didn't want me to go alone - for safety reasons. Purely out of respect for him the first time I invited two friends to go along with me. But in the end, it didn't work out for either of them to go. I was not upset about it because I felt in my spirit all along that I was supposed to make that first trip by myself. I do understand my husband's concerns about safety and I respect him. I think all reasonable safety precautions must be taken in any matter, but I also believe it's important that we not let fear stop us from fulfilling dreams or opportunities for God. Out of mutual respect for me, he gave his blessing that I continue on with the first trip although no one would be going with me.

I like being with myself. I think it's an important place we all must come to, being alright with spending time with ourselves. If you don't like yourself and crave moments of solitude and even relish them -- how can you really fully give to another?

Many people might be bothered by a 30 hour period of travel time with no one else along with them. Some couldn't bear the thought of eating alone, sitting alongside someone they don't know who might not talk to them for eight to ten hours per plane ride, or not having someone's hand to hold. Others might not want to stay in a guest room by themselves for 10 days alone. I am not only okay with it -- but my inner strength demands it at times. If I don't have some space, I get out of sorts. It's not that I don't love my family and friends. I not only love them, I need them. But I also require some time alone to be healthy.

This year's trip was amazing! Having Sue along was a blessing and I'm sure she will probably go again with me, and in fact I look forward to going with others along as well. But to some people's surprise when I tell them... I would definitely welcome another journey alone as well.

There are some things you only experience the fullness of when you are alone. I had a lot of time on last year's trip to think, to pray, to study, and yes, to cry. How well I remember weeping alone on my last night there as I laid in the top bunk at EAST (East Africa School of Theology), staring out the windows. My heart had been changed forever and really no one but God could understand how I felt in those moments. Having to talk, or to explain it to somebody or hold myself together emotionally for another person would have been awkward. I welcomed the aloneness at that moment. I savored just being able to "feel" without having to express for a day or two.

I welcome solitude at other moments too. It keeps me grounded...healthy...balanced. I think that's hard for some people to understand which is why so many people me the question about my trip being "so much better" this year. When people asked, "weren't you so relieved that someone else was going with you this year?" I felt guilty to say, "no" at first, but now I see it's an opportunity to share about the power of occasional solitude and ask others to explore the possibilities for themselves. It's actually part of maturity. Albert Einstein once said, "Solitude is painful when one is young, but delightful when one is more mature."

When we are children we are afraid of being left alone. Children may be soothed to sleep by their parents but are then usually put in a room alone to sleep. When they awake and are alone, they cry until someone comes to get them. They are fearful of being alone and need supervision. Children are rarely if ever left alone and it should be that way because the fact that they are not capable on their own and require constant oversight. But as they mature they are able to spend bits of time alone and when they reach full maturity they should not have to be accompanied around the clock. As an adult, being in a room by yourself comfortably is a sign of maturity, not weakness or despair.

There are nothing like the moments I spend alone with myself and with God. Only with careful attention to have these moments are other times with others able to be so full and rich.

Does a quiet house scare you? Do you automatically turn on the TV or IPOD, or call someone? If you hate being alone... if you get nervous at the possibility of silence...if you feel you must fill every space with something or someone, ask the Lord to help you grow in the area of solitude. Get to know yourself better...get to know Him better. Perhaps you can plan a "prayer retreat" for a day alone with the Lord. I realize those with young children don't have these options readily available (I didn't either when my kids were little) but as seasons change this is a possibility.

As the Lord to help you to arrive at the place on your life's journey where people are welcome and needed, but you don't fear being alone. It's a good place to be.

Tara Sloan said…
I'm with you! I love the solitude of a quiet! I don't even mind eating out alone or going to the movies alone! Many times I find it downright refreshing!
11:20 AM