Three words for single girls to remember...not "I love you" but... 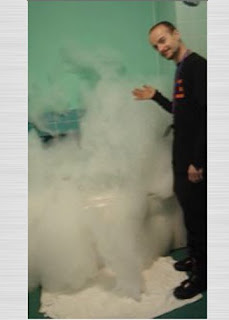 Recently I was at the district breakaway conference where Judy Jacobs preached. (It was OFF THE CHARTS! INCREDIBLE!) There are many things I took away from the conference some of which I've already shared. However, it would take days to explain, and for that reason I'll have to keep sharing in bits and pieces as the weeks unfold. Today I will continue by sharing one thing she said that sticks out in my mind ...

She said, "Girls, you need to marry a man who will drink your bath water!!!" (What she means by this is don't settle for anything else than a man who adores you, respects you, serves you.) The truth is, many men won't even draw a woman's bath water much less drink it! Obviously, Judy already knows that, thus the reason she feels the need to include it in her preaching. She's a fantastic example as she waited until she was 39 to get married, when she said she "finally found a man who would drink her bathwater!" (SMILE) It really was amazing to watch her and her husband minister together.

In speaking to women who are unmarried she said, "Some of you are currently with a man who is a Bozo! And you 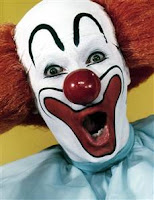 ladies don't need a BOZO, you need a BOAZ!" (I remembered thinking I need to include that in my future messages to singles.) Judy then went on to list characteristics of Bozo's. I actually saw one girl crying who it seemed had just realized, that Judy was describing her Bozo boyfriend. Her friend who was sitting near me looked back and said, "thank God she's hearing this from somebody else but us..." (Us referred to her other friends at the conference who had been trying to impart some wisdom to her, to no avail.)

One thing I have found is that many dating or engaged people are so focused on the thrill of what they feel about a person, and others are so determined that they know it all about life although they've lived very little of it -- they don't stop to realize character flaws that may really create untold heartbreak and pain in their future marriage.

Wisdom is learning from the pain of someone else's experience, so it doesn't have to be repeated. I know love is not a "feeling" it is a commitment. And that's exactly what I believe many singles fall into a trap of...the feelings they have for another person are so overwhelming they think love can conquer anything. Yes, it can but the conquering will take you on the wildest ride of your life, costing you hell and back to get there. Wouldn't it be a wiser thing for people to listen to wisdom so that they have fewer bumps in the road here and there, so they won't have to go through a series of accidents and pain and subsequent mending all the time? It's the difference between having scraped knees or a broken neck. Big difference. It CAN be done, but the question is, should it? Just a thought. Incidentally when my husband does pre-marriage counseling he tries to bring any weak points to the surface in a couple's relationship and create an atmosphere to speak to those issues sooner rather than later. He says, "if they couple has never had a fight, they probably will after my counseling!" Many of his sessions have ended with couples in absolute tears having to discuss issues about their relationship they had previously just put aside, hoping they would go away or get better with time. Larry tells them, "this is the time NOW to get this all out on the table, before it's too late."

So many people don't realize the people in their life are only trying to help them, not hurt them. Most desperately want to save them from destruction. After the service with Judy Jacobs, one lady said to me, "we only wish so and so from our church could have come and heard that message." This sister was obviously broken from trying to help another sister in her church who just wouldn't even seriously consider anything she was trying to warn her about.

Michele said…
No Bozos allowed here :)I am so Judy waited til she was 39 that means I have 2 more years- yee haw
9:10 PM

DaNella Auten said…
I have a prince indeed... I love him and he ADORES me. Loves defending me if I need it.

Anonymous said…
I learned this as a teen! I set my standards high when someone told be to raise the standard. I told the Lord what type of guy I wanted: Loves Christ more than me, tenderhearted, kind, and humble.

I was the type then who could have any guy I wanted. I had to go to God to see who He wanted. That was the question at hand! I would give up the one I thought it was for the will of God... no matter how hard. Nevertheless, through a series of supernatural confirmations I knew who my groom was to be and 20 years later it has come in handy during the hard times or the times people tried to divide us. When you know you've heard God, the trials or obstacles don't hinder you! 2as1
8:22 AM