The Prince and Me 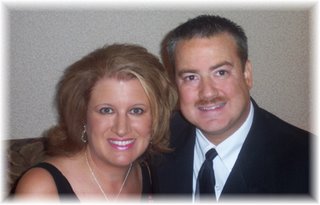 Someone once said that the tragedy of life is not that it ends so soon, but that we wait so long to begin it. I would agree with that. I usually regret the things I didn't do more than the things I have done that caused me shame. Of course I didn't relish feeling shame! Certainly not. But what I am saying is sometimes, things that I did not act upon were more upsetting.

As for me, I want to wake up every day "fully alive" (not just going through the motions) but eeeking every drop of wonderfulness out of each day and enjoying the moments.

Last night I worked for a while on the computer and thought I would probably just drift off to sleep because it was so pitifully late...my family had been asleep for hours, but lo and behold, my prince had been waiting for me the whole time, patiently...and I found him as I tiptoed in and slid into bed. It was a delightful surprise but I said..."uh...can you get the baby ready for school?"

This morning I slept a half hour later than normal while he got her ready and took her to the bus stop. I decided to do something absolutely wonderful that I love doing and that is to come out totally 100% strip naked to the kitchen to get my cup of coffee. I love just walking around in my "all together" as some call it...and while I'm doing that, Larry comes back in the door from taking Savanna to the bus. No problem there. But moments later he goes to the boys rooms (they should have been gone hours ago) and there is Dustin in his room...he slept in AGAIN. Larry was so mad but the first thing he yells is, "Uh, Deanna...GET DRESSED!" There goes my blissful freedom of walking around like Eve before the fall. I've got a kid at home. Time to put on the clothes. It's so wonderful when I get those brief moments where I can just be free and just pretend like Larry and I are the only people who exist in the world. In Failure to Launch the Dad has "the naked room." He is so glad the son is finally launched from the nest. One day when the kids are gone, I'm having "the naked house"...and in the meantime I better make sure my kids actually ARE at school when I think they are.

Well, I got the cup of coffee...went back to my room and drew a bath complete with Ecalyptus bubble bath...and sat there for about 15 minutes savoring both. Many days I start off my day in my  bathtub instead of the shower. I know most people never take time for baths instead of showers, but I do. I need them to de-stress and renew because I know the day ahead of me is going to be crazy so I might as well take some time for myself right up front. As I expected, then the day took off like a rocket and I was working on stuff, stuff, stuff...but it's A/G... (All Good!) I love my work. When you really love what you do, you'll never work a day in your life! (I think it was Mark Twain that first said that brilliant line.)

The day was busy...we did take time for staff meeting (a good one) and had lunch with T. How hysterical. He was trying to explain to us that C-sections are rather simple and he could probably do one himself if he had to, and I laughed so hard I could barely contain myself. He's a brilliant man but sometimes he says the funniest goofy things. I tried to explain to him how SERIOUSLY major a C-section surgery is. He talked about how the C-section was done so long ago and it was a rather simple procedure. I'm going to have to research that one. We had to go buy a bunch of stuff for the church after lunch at Lifeway.