Larry does NOT have cancer! 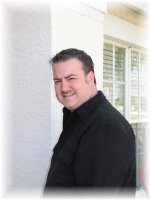 Well, back on September 19 I blogged about a potential health situation in my family that had me upset although I didn't go into details. I'm happy to blog today with the results. Praise the Lord, Larry DOES NOT have cancer. To say I'm relieved??

Last year Larry had skin cancer. It took me forever to convince him in the first place that something was wrong. I saw some spots and talked to him about it. He didn't want to do anything about it. He's so stubborn about his health but friends have since told me, most men are this way. I have to drag him to the doctors for anything. He always says, "people are fine, then they go to the doctors and find out they're sick." We know that's not true - they were not fine in the first place! But whatever. Sometimes a woman just knows things. Intuition.

He kept putting things off. Finally one day I went to the library to get a book and it had nothing to do with health...it was a leadership book. I brought it home and was reading and something fell out that the last person who checked out the book had left there. It was a pamplet on skin cancer. It had about 5 photos. The one photo looked just like my husband's spots on his skin. It was another confirmation that something had to be done. I made the Dr.s appt for him and he was NOT HAPPY with me. But that's okay, sometimes you just have to let them be unhappy and make them do what's good for them. (No, we shouldn't try to control everything however there are some times you just have to take a stand.) His health is one of those times.

So Larry went to the appointment last year and sure enough, he had skin cancer. So, he went through several treatments for it, and it was completely taken care of. Halleluiah. I slept a lot better at night knowing my prince was okay.

Things were fine and I was so relieved. Then a few weeks ago, I notice a spot...

I was agonizing over it wondering if he would have to go through this again. I mentioned the spot to him and he said it had been there for a few months. Ughhhh! Men! You can't live with them...you can't live without them. I didn't wait for him to do something, I just called his dermatologist and made an appt. So he went and they removed a bunch of spots, probably five or six of them. It made me feel better that they really thoroughly checked him over. After testing, they discovered none of them were cancer. But that's alright, even though he had them removed...at least they will not turn into something, because they are...GONE.
I'm very relieved.

I was so worried about him.

He's so funny. Last year a day after he had a cancer treatment and had this huge patch on his face, he played a softball game with it on and everything. He would run and it would be flapping as he was running. He didn't care, he just wanted to play. Although I'm not a sports person myself, I enjoy seeing the joy it brings to him. And I must say, I've always found it very sexy when he comes running over, hot and sweaty after a game. He never wants to hug me because he feels yuk...but I don't care.

I am always concerned about him because many times he doesn't take the concern for himself. He just always assumes things will be fine...I'm more wary.

I'm glad he's healthy and I can relax now, although remain vigilant in prayer for him, for every aspect of his life. I'm also praying God will remove that stubborn streak he has about things he should just listen to his wife about. :-)

Today is our day off. It feels so good. I am so glad...I needed this. I am getting ready to go get my nails done. I wonder what movie they will have playing? Larry always finds it funny that I see movies at the nail salon. Tony always has a new one, whatever the lastest one is. I see most movies before Larry does since I go to the salon I now go to. Later on Savanna is going to Malibu Grand Prix with Pastor T and the Jam Kids. She's looking forward to it and getting ready now although it's hours to go. I think Larry and I will go on a date. We love dating.

This morning Savanna's friend (also named Savannah) really drove Larry and I off a mental cliff. As many times as we have told her friends not to call early in the AM (especially on a Friday) they sometimes still do. So, Savannah calls her and says, "Savanna...guess what this song is playing on the radio RIGHT NOW! Listen!" and she proceeds to put the phone up to the radio and record the WHOLE SONG on our answer machine. We are laying there and Larry rolls over (listening to the song blaring on the answering machine) and says, "Sometimes our kids friends drive me crazy." After this whole dumb song plays, Savannah calls back five minutes later. Larry picks it up and says, "Uh...Savannah, how many times has Savanna told you NOT to call early in the morning to our house?! Please don't call for at least 2 more hours..." The thing is, not only does our Savanna wake up late when she doesn't have school (she's a sleeper and her friends are not) but she wasn't even here. She spent the night at Molly's so therefore...the phone rang off the hook with her friends calling for absolutely naught. Kids!!!!! Ya gotta love em.

This is going to be a great day. Did I mention it's FUN FRIDAY?!