What's good for the goose... 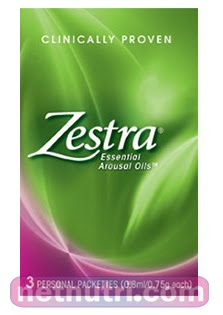 Melissa enlightened us about this in the comment thread from yesterday's post...and I couldn't believe it!  Well, yes,I can.  But still, I ask myself, "Have we not already conquered this mountain?  What year is this?  2010 or 1910?"


The female counterpart for Viagra or Cialis has just been released.  It's a topical OTC product called Zestra, and is evidently getting great reviews from women who are using it.  The issue?  Television and radio execs are refusing to run the commercials for Zestra, although they happen to be much more conservative in verbiage than the ads for Viagra or Cialis.   While  Cialis commercials talk about what to do "if you have an erection lasting more than four hours" the Zestra ad that is very discreet in comparison is banned from the airwaves.  The root of the problem is discomfort with female sexuality and in particular women who take responsibility for their fulfillment very seriously.

This makes me tired.  [sigh]

So tired I think I might leave now to buy a box of Zestra.  I don't think my husband would complain.  Maybe I'll even find a box in my Christmas stocking or my Easter basket.  Imagine the possibilities.

In case you missed it, Melissa said this yesterday in the comment thread here on the blog::  "Why doesn't anyone share the info?" I personally think it's our culture. Our culture is still even after all this time stuck on what happens to a man. I was watching Nightline last night and they were talking about this drug called Zesta (think that's the name) it increases a woman's sexual arousal like Viagra does for men. They don't advertise it because the networks won't let it air but they will allow a commercial for Viagra talk about the symptoms it causes and when to seek a doctor. Just more proof we as woman need to SPEAK up and so that others and younger women are not out there wondering if what they feel and are experiencing is normal for different stages of our lives."

I'm sure some people are of the opinion that such ads for products should not air whether they are for men or women.  There are those who believe this type of merchandise doesn't belong on a TV commercial.  I respect people who hold that opinion.  I personally don't have a problem with products being advertised as long as it's done in good taste.  Sexuality is an important part of life.  If someone has created a product to solve a problem for those who are struggling due to impotence or hormonal fluctuations or whatever, I believe it's a very valuable service to let people know about it.  I say people, not just women because the truth is, when wives are happy, husbands are happy.  Truth be told, that would be a great campaign slogan for Zestra.  Think about it...can't you just picture a lady on TV holding up a box of Zestra saying, "Zestra...because when women are happy...men are too"???  LOL


The Bible declared long ago that sex wasn't a man thing.  Unfortunately the media and culture still haven't caught up.

This stuff is over the counter.  Perhaps we should all pick up a box this weekend, and blog our reviews.  Bloggers can make the mainstream media sorry they ever missed the opportunity to advertise it.

DaNella Auten said…
Thanks, I think this is much need info. I LOVE my husband, but I think my bp med messes with my hormones... So... I may have to get some. I'd blog about it, but my main readers are my sheltered teen nieces, and I respect my sister's wishes. So... I think I'll tag this blog with a content warning (just write a warning on my blog for my nieces, ) So my married readers can take advantage of this info. I'm gonna blog vicariously thru you! Love ya.
6:52 AM

Melissa said…
I was just as shocked when I was watching the show! The only issue I have with commercials is when they air. I do not like having to switch the tv channel when the viagra commercial comes on and my children are watching the tv. To explain to my 6 yr daughter what a 4 hr erection is, is not something I want to have to contend with this early in her life. Thankfully it has gone right over her head but for my boys who have figured out what it means (ages 10, 8 and 6) it sends them into giggles.
I like your idea for a slogan..."because when women are happy...men are too!" :)
8:34 AM

Please be cautious with this or any other drug and ensure that it does not interfere with any other medications you are taking. I know I sound like a PDA, it's just that I don't know much about Zestra and don't want to seem like I'm advocating its use without knowing the risks. And, did I mention it's FREE?
8:49 AM

Deanna Doss Shrodes said…
Thanks for the tip, K! Bring on the "Zestra rush" as they call it! According to their website some may think I've already used it as the woman in their testimonial is named Deanna!!! ::giggles::
10:17 AM

Anonymous said…
Hmmm...intriguing...I actually heard about this product just a day or two before you posted this - I read a blog written by someone who heard about this product on the website christiannymphos.com [apparently its a similar site to The Marriage Bed...now that my laptop is my own and not technically the property of my church, I may go check it out!).

Melissa - as far as the Viagra et. al. commercials go, if your kids ask for details, I would just explain to them that it's an adult product/issue, and they don't need to worry about it happening to them yet [a lot of times, that's what kids are afraid of!]. Then promise [and follow through!] to talk about it with them when they're older.

This is what my mom did for me when I was 6 years old, watching a tampon commercial, and started asking all sorts of questions about what a period was, and if I needed tampons. True to her word, she did explain it in more detail when I was older, and it was all good.
10:28 AM

Deanna Doss Shrodes said…
Leanne,
I know you're not a bit surprised that I'm a huge fan and commenter on some of the threads at both TMB AND CN. On CN, "Cinnamonsticks" is my favorite writer. :) Those are two great "clean" sites that are, IMHO very biblically based.

I agree with Melissa that it would be best for any of these products commercials for men or women to only air at certain times or channels, but also agree with you that if indeed the subject presents itself it's a great way to handle it. We talked about things with our kids from a young age and wanted to be the first to tell them anything -- for them to not learn it the first time from school or friends, or even church. While I'm not against them learning it at church (obviously) I think being taught in the home is of utmost importance. We did and so far results have been great.
12:34 PM